Two Wolves And A Sheep 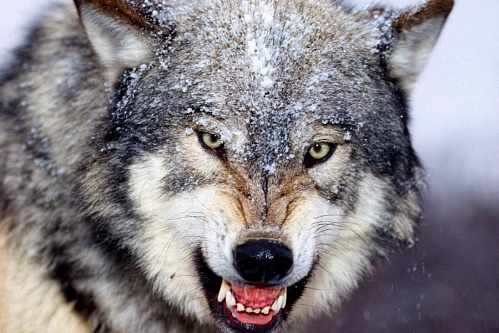 Voter fraud, election rigging and media collusion... oh my! Carry on now, nothing to see here (these are not the droids you're looking for)!

Given the revelations of voter fraud and election rigging in the recent US elections, its a good time to discuss the realities of "Democracy" as a system of government and explore why the framers of our Constitution loathed it so much.

Democracy sounds great, it's something we're proud of because we think it's the best form of government. We as a country led by our politicians, start wars, drop bombs on sovereign countries and rack up our national debt all under the facade and altruistic motives of removing dictators and installing a Democracy in those countries.

Again, Democracy sounds like a good system. Who could argue with majority rules right? It all sounds very fair and reasonable and when looking at all the other systems and "isms" out there (Communism, Fascism, Socialism, etc), it appears to be the fairest and most noble of them all.

But the fact is, Democracy is a terrible form of government. It's mob rule to the core.

If you're offended by that statement, I remind you that our country (USA) is actually not Democracy but a Republic. If you don't know the difference, you're not alone.

The problem with Democracies is they work... for a little while.

In theory they sound great because who can argue with the core concept of majority rules? It sounds fair and reasonable, until you take it to its extreme which is a most terrible form of evil.

Democracy is essentially a majority using force (or the threat of it) to impose its will on a minority of people. Sounds great when you're part of that majority, but what happens when you're not?

In a Republic, the rights of the minority are protected from the majority.

The reason why you see all these politicians and media types constantly promoting our country as a Democracy and getting into foreign wars for the great moral high ground of forcing other countries to become Democracies is because people are EASY TO CONTROL via a Democracy. Plain and simple.

The next time you hear someone saying we're a Democracy remember that a Democracy is essentially two wolves and a sheep voting on what's for dinner. Not very fair at all.

There is a historic cycle all Democracies follow throughout history, inevitably they end up collapsing due to fiscal irresponsibility. The fact is, as said by our founding fathers, Democracies are a terrible form of government. We are on the precipice of finding out how terrible they really are.

The form of government, or more specifically the level of freedom you have, directly affects your ability to create, protect and pass on wealth:

Democracies create an illusion of choice. They keep people in check because we feel that we've been given a choice and a figure head to put our faith into. If we lose, well the voting process was fair and we'll have another chance to get even in 4 years. In our country we like to believe we're ruled by a two party system - Democrats and Republicans, Right vs Left, etc.

But the reality is, these two parties are really now part of one party - globalists elites who year after year, election after election, treaty after treaty, crisis after crisis are steering our once sovereign nation and Republic into a global government ruled by multi national banks, corporations and bureaucrats.

The solution to this situation may be a pretty radical idea. How about returning power back to the states and a significantly reduced size of the Federal Government back to its original Constitutional mandate? If things continue in the current direction it's likely you'll see a growing succession movement by the states but to succeed they've got to think ahead and stop taking the crack cocaine (money) from the federal government. In the meantime, we need to be vigilant in educating ourselves, our kids and those around us on the consequences of Democracy run afoul and do our part to expose corruption and the globalist agenda of selling out our country. Strength always comes from within and ultimately our ability to help others is dependent on our own personal strength and liberty.

© 2000-2021 TrueWealthFormula.com. All Rights Reserved. A division of Call To Freedom.

Nothing on this site should be considered investment, tax or legal advice. Always consult a licensed professional before making any financial, investment, legal or tax planning decisions.